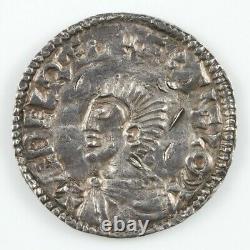 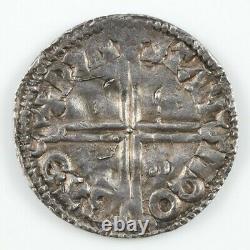 Spink 1151, North 774, SCBI Cop 28 & West Country Museums 510, same dies. Aethelred came to the throne of England in 978, at the age of twelve, after the assassination of his older brother Edward (the Martyr) the assassins were supporters of Aethelred, but it is unlikely that Aethelred himself had anything to do with the conspiracy. His name in Old English means: Aethel= noble and red= council or advice, so it is rather ironic that his nickname became'the Unready' =ill advised. However, the first record of this nickname doesn't appear until 150 years after his death in 1016 and it is very unlikely that his contemporaries thought of him in this light.